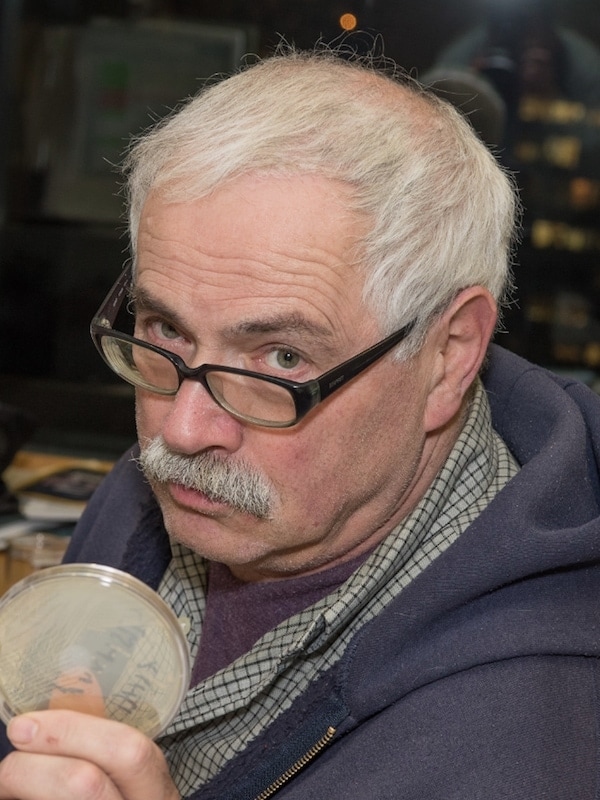 The research efforts in the laboratory are directed towards understanding the molecular basis of pathogenesis of human infections caused by opportunistic gram-negative bacteria. We have used Pseudomonas aeruginosa as a model opportunistic pathogen, because of its importance in infections of individuals with cystic fibrosis, neutropenia, and as complications of burns and wounds. In each of these environments, the unique host-parasite relationship allows us to examine a variety of bacterial factors that lead to colonization, persistence and resistance to host defenses as well as antibiotics.

The focus of the current work in the area of regulation is a broad attempt to define the complex signaling pathways and genetic regulatory networks, controlling virulence determinants. The areas investigated include the analyses of the functions of the various phosphorylation-based signaling pathways in assimilating and transmitting environmental cues leading to selective and controlled transcription specific genes encoding virulence factors. Recently discovered small regulatory RNAs, responsible for the post-transcriptional control of genes are also investigated in the lab. The lab has a major effort in determining the role of cyclic nucleotides in coordinating expression and function of factors involved in the formation of different polysaccharide matrices and secreted toxins that are major virulence determinants expressed by P. aeruginosa during chronic infections.

Another area of research in the laboratory focuses on studying the evolution of virulence traits in P. aeruginosa. We have identified several mobile elements, arranged in blocks of genes (so called genomic islands) that can move between bacteria, resulting in re-shaping of the genetic repertoire of individual recipient strains. The mechanisms and the consequences of this type of horizontal gene transfer will be analyzed in several infection models.